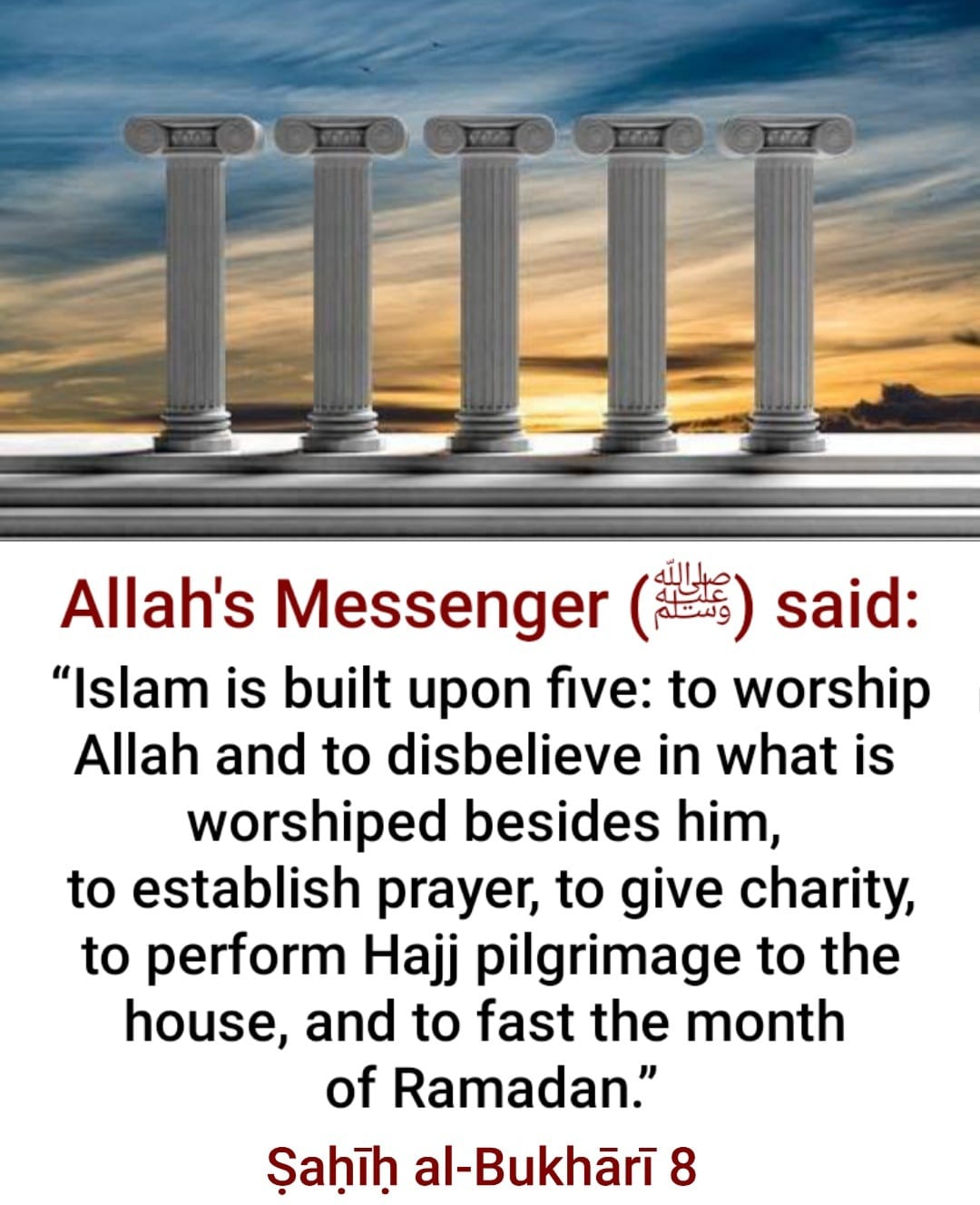 Islam is built upon five: to worship Allah and to disbelieve in What is to establish prayer, to give charity, to perform prayer hajj pilgrimage to the house, and to fast the month of Ramadan.

Sahih al-Bukhari 1903-Book 30, Hadith #13: Narrated Abu Huraira (رضى الله عنه): The Prophet (ﷺ) said, “Whoever does not give up forged speech and evil actions, Allah is not in need of his leaving his food and drink (i.e. Allah will not accept his fasting.)”

Sahih al-Bukhari 577-Book 76, Hadith # 85: Narrated Abu Huraira (رضی اللہ عنہ) : Allah’s Messenger (ﷺ) said: The cattle (sheep, cows, camels, etc.) suffering from a disease should not be mixed up with a healthy cattle, (or said: “Do not put a patient with a healthy person).”

Sahih al-Bukhari -Book 76, Hadith# 43: Narrated Saud (RA): The Prophet (ﷺ) said, “If you hear of an outbreak of plague in a land, do not enter it; but if the plague breaks out in a place while you are in it, do not leave that place.”

“And from those who call themselves Christians, We took their covenant, but they have abandoned a good part of the Message that was sent to them. So We planted amongst them enmity and hatred till the Day of Resurrection (when they discarded Allah’s Book, disobeyed Allah’s Messengers and His Orders and transgressed beyond bounds in Allah’s disobedience), and Allah will inform them of what they used to do.”