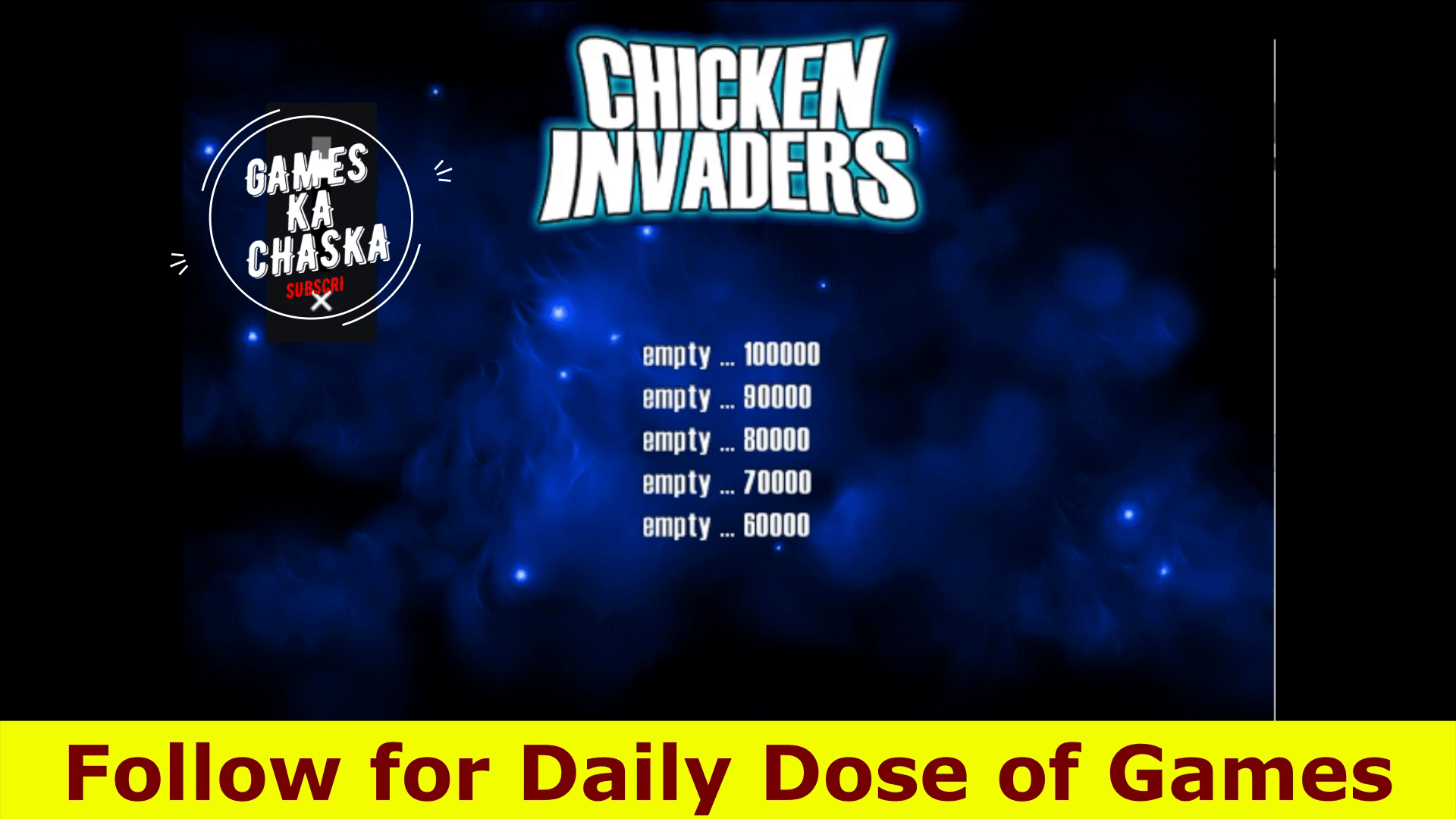 Save the earth from invading chickens! Sometime in the near future, earth is invaded by chickens from another galaxy, bent on revenge against the human race for oppressing earth chickens! Take the world’s fate in your hands (or at least have an omelette) in this modern rendition of the 80’s classic. Advance through waves of invading chickens, avoiding falling eggs and collecting power-ups to boost your spaceship’s firepower.

DirectX
This game requires DirectX 7.0 or higher in order to run. If you do not have this installed on your computer, you will need to obtain it before you can run the game. You can obtain it from the Microsoft website at http://www.microsoft.com/windows/directx/downloads/.

One or two players. This game follows the straightforward rules of shoot-em-up’s: Shoot at anything that moves. If it doesn’t move, shoot it anyway. Collect anything that even resembles a bonus. Advance through waves of chicken invaders. Fire your primary laser at chickens to destroy them, while simultaneously avoiding eggs dropping down. When a chicken is destroyed, chicken legs fly out. Collect those for missile bonuses. Hidden inside chickens and some asteroids are gift boxes. Collect these to upgrade the power of your primary laser.